I’m a twenty-something that has somehow become stuck in a body that is now classed as being somewhere between middle age and old age. How did that happen? I’m guessing there are quite a few of us that have found ourselves in that position and are asking that same question.

I suppose Write Dorne was born of a need to have a label.

I’d resigned from a much-loved job, as a result of ill health and I had become something of a non-entity overnight. Our society today judges who we are and sometimes our very worth, by our job title, doesn’t it? I didn’t take kindly to describing myself as a homemaker/ housewife, because I was much more than that. I also quite liked to have my independence and earn my own money.

So, I reinvented myself and did an online writing course. Much to my amazement I found the non-fiction section of it appealed to me more than the fiction… I never completed the fiction bit.

I wrote reader’s letters, reviews and then FINALLY got myself a commission and another, and another.

Via social media, I was head-hunted for another commission and then another.

And then my world came crashing down around me. My little four – year old grandson died, within the space of a week. He’d been perfectly well up until the moment he picked up chicken pox. He was found to have myeloid leukaemia and some thought it was caused by the chicken pox virus, others that he had just developed the cancer. Either way, he passed in his mum ( my daughter) and his dad’s arms one Sunday morning in 2017.

I grieved twice. For my loss of Daniel and for my daughter and her partner’s loss. In a situation such as that is it hard to know how to react. You put on a brave face for your own children, but inside you are torn to shreds. And being stoic doesn’t really help with that kind of grief. Sometimes you need to cry in front of them, so they know how you truly feel.

There followed a long period when I lost interest in a lot of things that had previously given me comfort. Write Dorne and writing was one of those casualties. I even thought my days of blogging and writing were done.

So, I am back to have another go, because writing and blogging is in my DNA. I may not be the best at it, but who said you have to be the best? Just have a go.

The health issue that resulted in me finding my writing voice, turned out to be Fibromyalgia. Alongside Hypothyroidism it can make things challenging. Add to that a hubby with well-progressed Parkinson’s and it really becomes exciting.

Life is for living!

I never, ever give up if something is worth doing.

If you’re reading this, you are very welcome to join me as I attempt to reclaim my job title of writer and deal with the time zone I find myself in… not middle aged, nor old.

Perhaps, you’re also on a similar journey. We can compare notes and moans, and groans.

Thanks for stopping by. 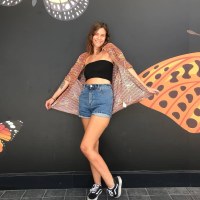